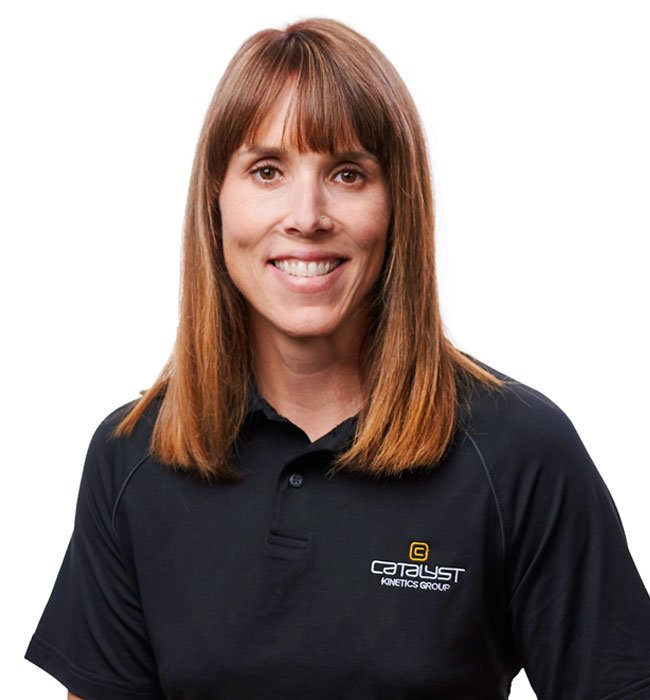 Adrienne has completed post graduate courses in a variety of manual therapy techniques, concussion management and is a certified functional dry needling (FDN/IMS) practitioner. She has spent the last several years working in both the private and public sectors and has experience treating people of all ages and fitness levels, including young aspiring athletes and senior citizens.

Growing up in the lower mainland she played both basketball and volleyball before eventually focusing on volleyball in university.  She was recruited on a full NCAA Division I scholarship, playing all four years, garnering All-Conference athletic and academic awards. She played for Air Attack Volleyball Club and the BC Provincial Team where her teams won at the provincial and national levels. Her 1996 U-18 Air Attack Volleyball Team was inducted into the Richmond Sports Wall of Fame at the Olympic Oval in 2016.

With a background in sports and a passion for helping people, Adrienne takes a holistic approach to treatment, realizing the importance of the therapeutic relationship in establishing a patient-centered model of care.

Outside of the clinic Adrienne is a busy mom with two kids in the local community. In her spare time she enjoys exercising, being active outdoors, cooking and gardening.